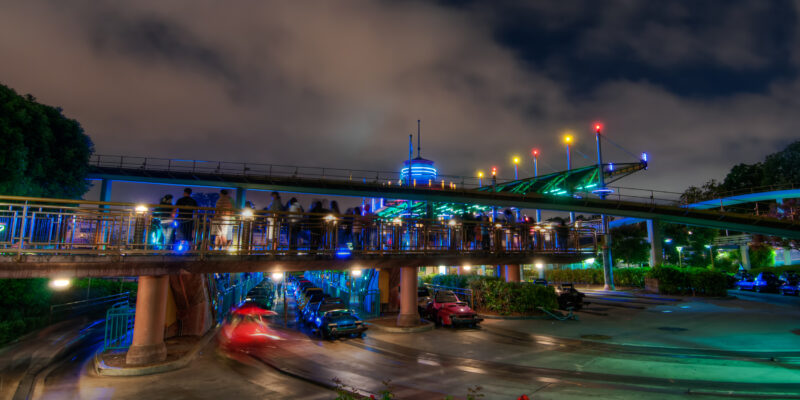 Growing up, there was this commercial that used to play what seemed like every commercial break. It was for a car insurance company called Survival. If that name hasn’t instantly jogged your memory, allow me to clarify. This commercial and its numerous iterations would feature a guy walking along a road, jacket held over his shoulder by a finger or two. That makes you cool, or so I was led to believe by these commercials. The commercial would cut between Mr. Cool and, usually, a woman with bright lipstick driving a sporty car. When she saw how cool this guy along the road was, she would pull over and offer him a ride. Who wouldn’t? At this point he would lean onto the door and ask two questions – “Are you insured?”…(yes)…”By Survival?”…(no). To which he would respond, “I can’t take that ride.” I haven’t seen that guy in years. I assume that after turning down so many rides he probably died along the side of the road from dehydration or starvation or something. Seeing people wait in line for Autopia always seems to make me think of seeing those commercials growing up. 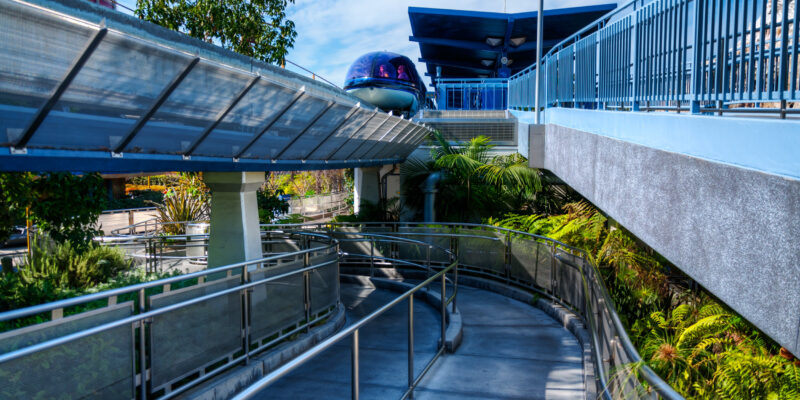 What better way to start the week than a trip aboard the Monorail? Better get on quick; she’s almost ready to depart. 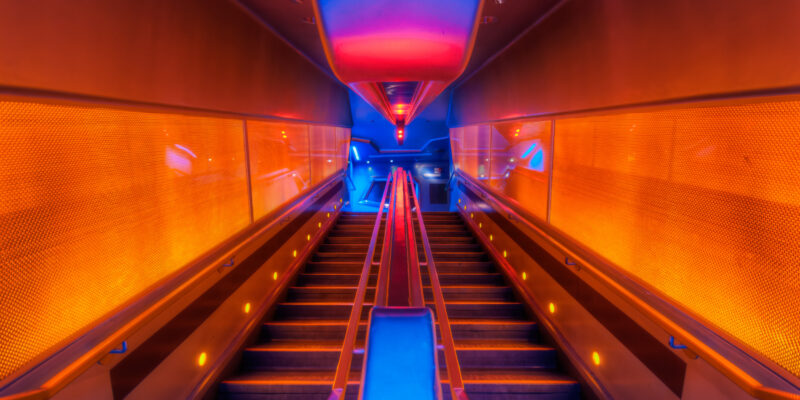 Station 77, otherwise known as Space Mountain, is a fantastic place to transport yourself, leaving the baggage that often accompanies everyday life lightyears behind you. Call me crazy, but one of my favorite things about this E-ticket attraction is its exit. 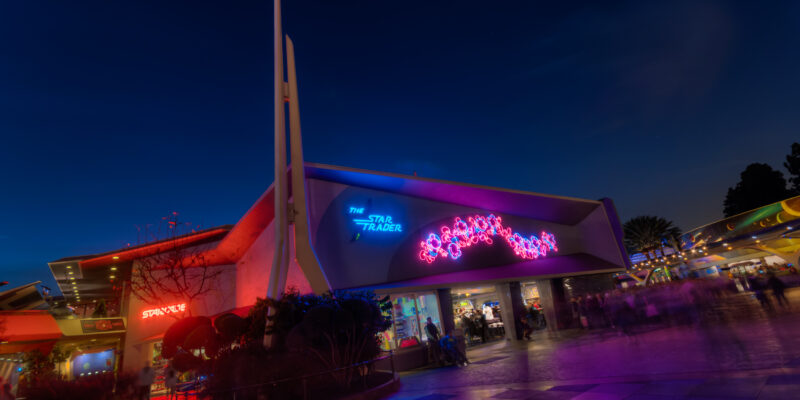 The nighttime neon glow of Tomorrowland is gorgeous. Vibrant colors that almost seem alive emanate from nearly every structure. The Star Trader is my favorite, with Mickey performing aerospace acrobatics one flip at a time until the whole series of movement is lit. It’s a kick to watch but be careful not to let it suck you in or tomorrow will be here before you know it. 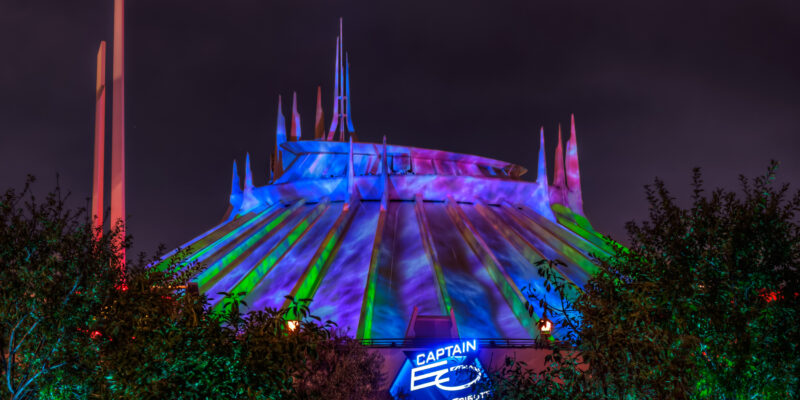 Disneyland doesn’t seem to advertise much for Space Mountain Ghost Galaxy. Maybe they just know that once you’re in the Park and night falls, you’re going to find out about it one way or another. Chances are, that way will be by seeing and hearing the stunning effects that take place on the iconic, out of this world mountain. One thing is for certain – there are definitely “ghosts” in space. 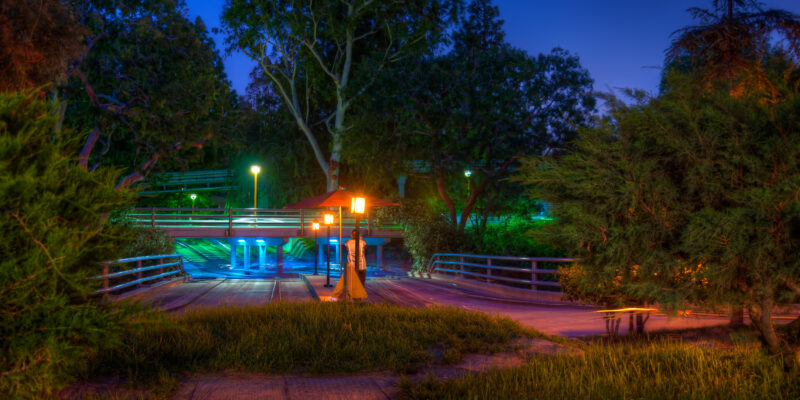 The Autopia track is one of the neat things that lights up Tomorrowland with its trademark glow. It curves up, down and all around, winding through trees and over the lagoon. Because it was twilight, I had to let my camera shutter stay open longer to better expose this scene. It led to none of the cars showing up in my exposures. Instead, I got neat reflections off of them and wobbly blurs along the track that you can see if you look closely.