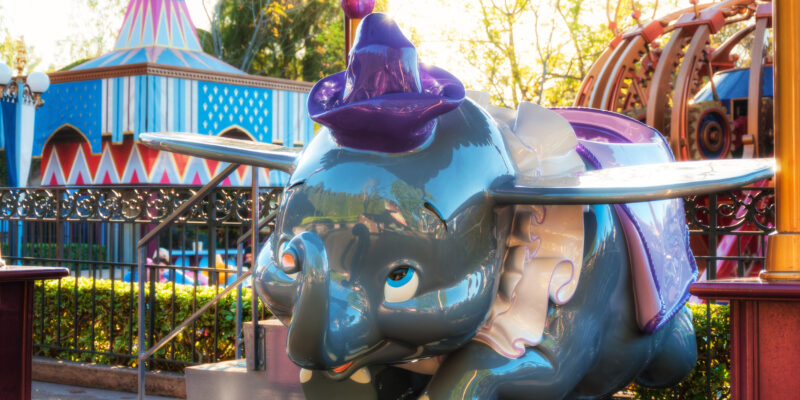 I love the innocence captured in Dumbo’s expression. It’s the perfect tone to set in a land intended for the young and the young at heart. It’s also part of what makes Disneyland so wonderful—that we can remember our unblemished selves and return to more joyous and hopeful living. 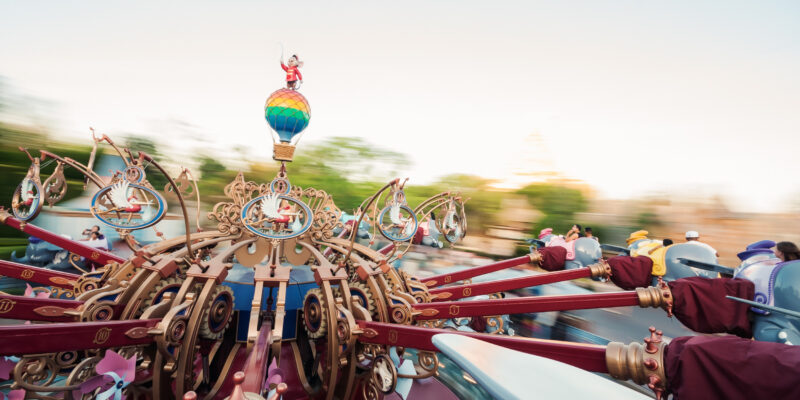 How do elephants fly?

Well, it begins with a magic feather and ends with belief in one’s self.

Fantasyland is a land built upon the idea of making the impossible possible through the power of imagination. The feather that made Dumbo fly didn’t posses any magic at all; it was Dumbo’s imagination and will to believe that gave the feather its magic. By the end of the film, Dumbo transferred that belief to himself.

What is it about imagination that makes it so powerful?

The notion that anything is possible is present in many of Disney’s animated and live action films. It was a notion that Walt Disney seemed to live by and that he set as the tone for Disneyland and future Disney parks.

If you stop and reflect for a moment with me, every manmade thing that exists, exists because someone believed they could do it and they did. That makes it sound a whole lot more simple than the reality of it. Imagination is strikingly similar to pregnancy; an idea is conceived, grows over time and is only brought into this world through labor. But when someone sees an idea through to fruition, the result can change the world.

Imagination is one of God’s greatest gifts to us. At Disneyland, we are reminded of the many wonders that can be achieved and the pleasure it can bring when we believe in ourselves. We are surrounded by works of art and feats of engineering and architecture. We can be swallowed by a whale, fly through London in a pirate ship, narrowly escape hell, become a real boy, defeat an evil queen and have a cup of tea, all the while knowing we could within mere steps of each other.

What makes imagination so powerful is that it has no limits. Dreaming with no boundaries can make elephants fly and when elephants fly, we all win. 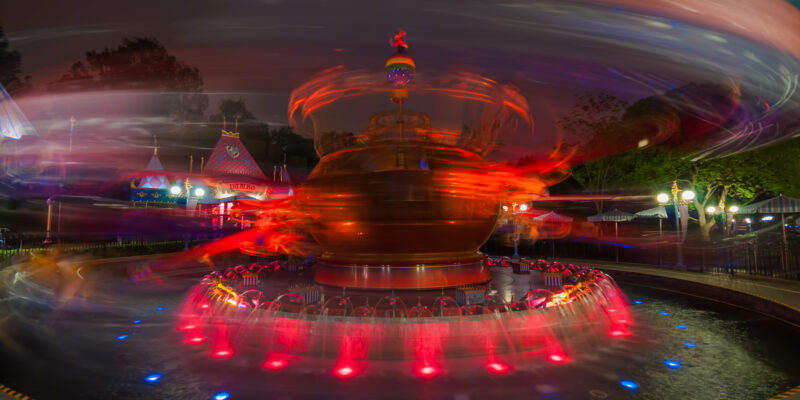 That’s right, you don’t. That was the lesson from Dumbo. The secret to achieving the things you thought were impossible is really no secret at all, it’s faith. Fear, doubt and unbelief are only hinderances and distractions. Can you believe that Disneyland has been around for over 58 years? What a testament to the fulfillment of Walt’s hope for his original “Magic Kingdom” to be a source of joy and inspiration to all the world. I can’t help but wonder if he knew all along what it would become. I imagine that, in many ways, his foresight saw well beyond 58. It’s pretty obvious he believed in what he was doing and that that was a source of confidence and boldness. He didn’t need a magic feather and neither do you.