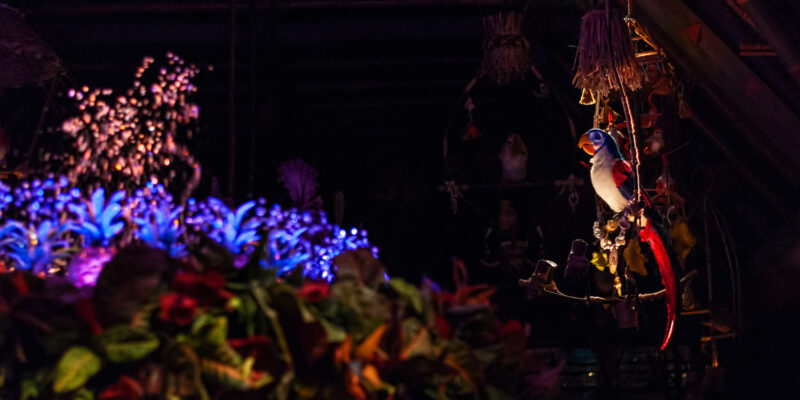 We had the privilege of speaking at the Chapter at the Park meeting of the Disneyana Fan Club yesterday. It was an absolute blast getting to share a few of our stories and thoughts with some of the nicest folks we’ve met since starting Tours Departing Daily. What gracious hosts!

Kevin, Michaela and I don’t do a lot of public speaking but we were doing a pretty good job keeping down the nerves. That is, until Kevin Kidney and Jody Daily walked in! They shared a couple of announcements for upcoming events in Anaheim that sounded like a lot of fun. Anaheimland with Charles Phoenix is being presented by the Anaheim Historical Society in May, celebrating the original Magic Kingdom and the city around it. In October, Anaheim will be having its nearly century old annual Halloween parade. We saw pictures of last year’s and were so bummed we missed out. We won’t be making that mistake again this year and neither should you!

We will be speaking again at the Disneyanamania Convention in July. We’re really looking forward to it and would love it if you’d join us!

A Profile That is Out of This World

Walt Disney’s Enchanted Tiki Room is so much fun. The gorgeous colors, the relaxing tropical atmosphere, the brilliant song by the Sherman brothers and the witty script performed by talented voice actors create one of my favorite experiences in Disneyland.

This shot is a reminder to me of one of the moments that always gets me laughing. Pierre (the bird in the shot) says, “My profile is out of this world!” and Fritz responds that it’s “not far enough out of this world.” It’s the sort of quick humor that can sail right over an inattentive head. 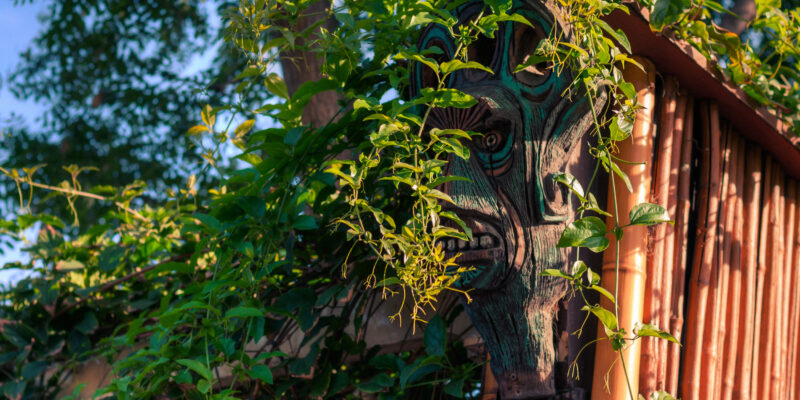 On our last trip to Disneyland, we stopped by the Enchanted Tiki Room to see the Dole Whip stand. It had been closed for some sort of improvement and we were curious to find out what that might be (and maybe a little hungry for some Dole Whip). Maybe I’m slipping these days but I honestly couldn’t tell a difference. There may have been an additional cash register, but something like that seems so trivial. Perhaps I just noticed it for the first time because I was trying to find something different. And the line was uber long. Sad trombone…

Standing there wasn’t a complete miss, however. I spied this tiki mask for the first time. Do you recognize the location? When I saw it, I blurted out an awkward laugh that had Michaela looking at me quizzically. “This tiki is hiding,” I said. “It’s playing hide and tiki.”

I like to let her know how blessed she is to have a comedic husband of such high quality. Frequently. In turn, she likes to remind me of what a patient woman she is. I don’t see how the two relate. 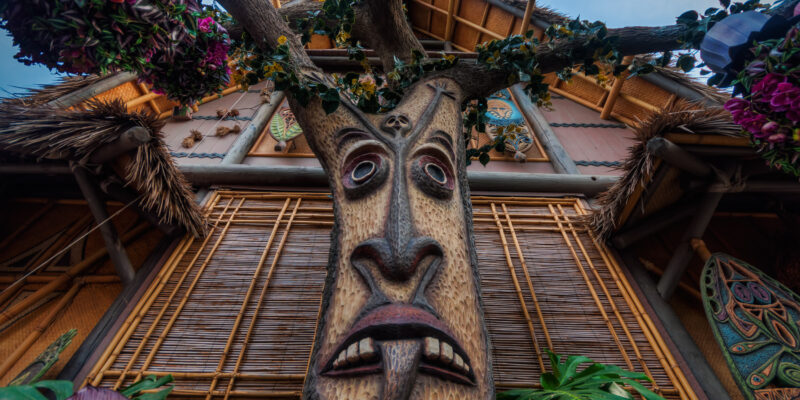 September has always seemed to be a big month for me. It’s when I met Michaela. It’s been the month that we’ve made two of our big moves and started new jobs. It seems that this September will be no different and I’m ready. I’m ready for the next chapter.

I always crack up at the Enchanted Tiki Room pre-show. The Tikis mostly all have humorous introductions but I think my favorite is Pele’s. Her voice is so intense when she explains how she’s so sad that her smile comes out mad. Texting translation –  >:(

Notice how the bromeliad flowers around Pele are all red, the color synonymous with anger… and fire… and lava…? I’m going to go out on a limb here and say the bright folks at Disney did that intentionally, which is awesome. Interesting anecdotal note – pineapples are a member of the bromeliad family and the only one to produce edible fruit. Dole whip sure sounds good on a warm night like tonight. 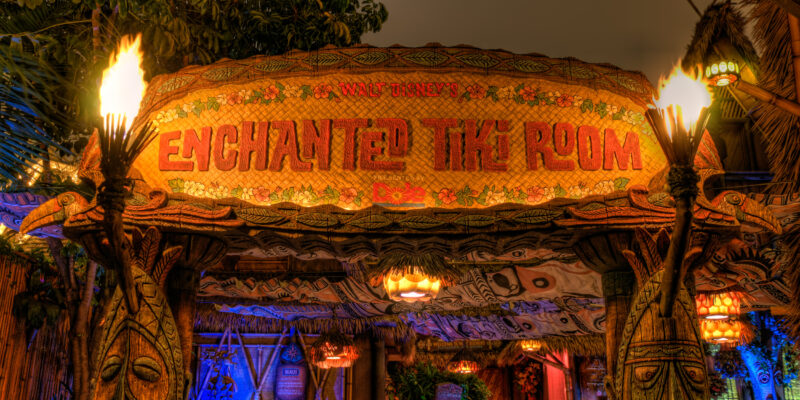 Welcome to our Disneyland Resort photography website, you lucky people you.  We’re here with a new picture everyday, for you to come and view.  We like to be seen and we love to be shared with your friends!  So make sure to invite them to come along and celebrate the magic of Disneyland with us.  We’ll keep the celebrating beneath “the gods have been angered” level. Maybe…  Aloha!