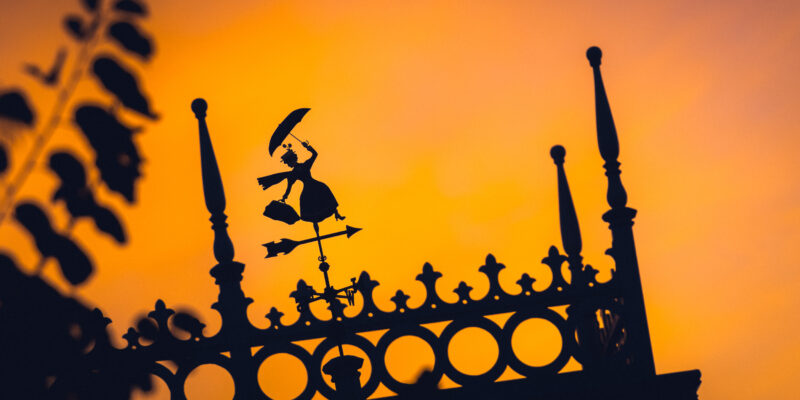 If the weathervanes around Disneyland have taught me anything, it’s that I’m most likely to notice small details when I’m putting forth the least effort to look for them. In this particular case, I was sitting at the end of Main Street, mostly people watching. The sunset was filling the sky with brilliant color and I just happened to glance up and see the silhouette of Mary Poppins above the Jolly Holiday Bakery.

END_OF_DOCUMENT_TOKEN_TO_BE_REPLACED 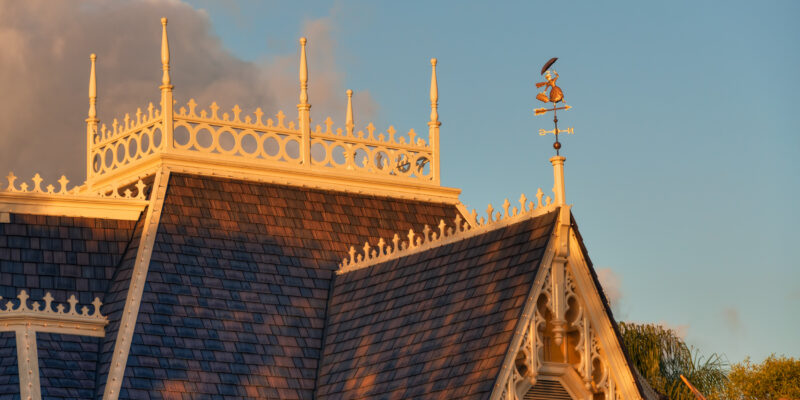 When I heard the title words whispered at the beginning of Saving Mr. Banks, I got a warm fuzzy feeling that I would enjoy what’s in store. The film was released today on Bluray and DVD. Michaela and I had the pleasure of getting to see it at The Walt Disney Studios with my parents as an early Christmas gift. I’ve got a post planned about that excursion for tomorrow. You should check back as I’ll share that unique experience along with a few pictures I was able to take while we were there.

As for Saving Mr. Banks (don’t worry, no spoilers here), I know there have been a lot of mixed feelings on it. I, personally, loved the film and can’t wait to pick up a copy and watch it again. It was not what I expected it to be in that the story focused primarily on P.L. Travers and less on Walt Disney. But at the end of the movie, I really didn’t care because the story had been told well and touched me. Some people seem to think it’s not historically accurate. I’m sure it’s not. It wasn’t made as a documentary so there was no false pretense. Fictionalization should be expected or you’re barking up the wrong genre.

Another common complaint I’ve seen is that not enough was done to represent Disneyland accurately for the time period. I’d heard that going into it and, honestly, I didn’t notice. Don’t get me wrong. I love good production design. That’s pretty much what Disneyland is. I was just so enthralled in the character development that suspended disbelief kicked in. I was paying too much attention to Thompson and Hanks, who gave outstanding performances, to notice any shortcomings. In fact, the strong point of this movie (outside of the story itself) is the acting. Everyone gave dynamic, believable performances.

Movie review aside, I want to leave you with the words that open the film to put you in the same mindset I had for this picture — 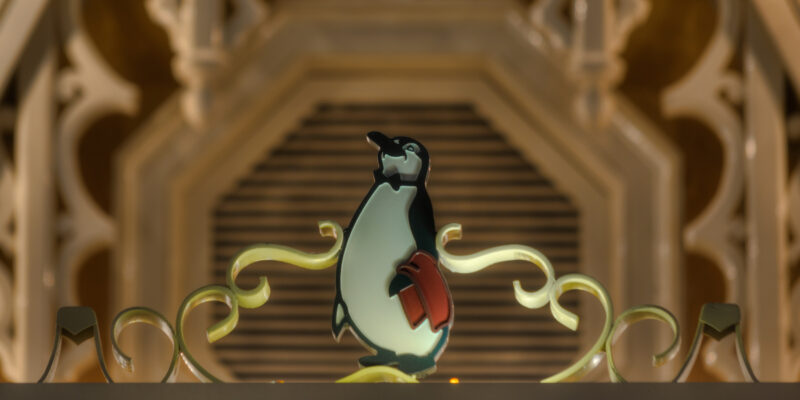 Disneyland is the happiest place on earth, there’s no denying it. It’s been rare that I’ve doubted this statement, having some of my fondest memories there. As they say, however, the proof is in the pudding. The pudding that I’m serving in this case is the penguin before you, a jolly chap and empirical evidence in support of the prior referenced statement regarding a certain theme park and happiness. Disneyland… where even the penguins are happy. ‘Nuff said.