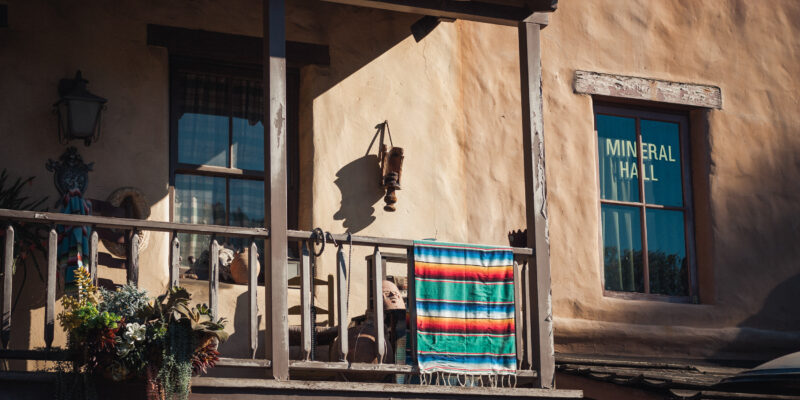 This is a picture I took a few years ago. I was excited about it then and, for some reason, it has remained a favorite. I guess that means it’s about time I shared it.

END_OF_DOCUMENT_TOKEN_TO_BE_REPLACED 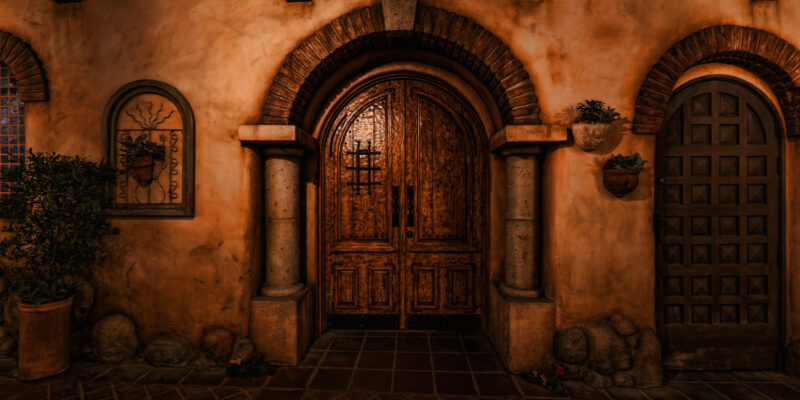 The first night we all shot together at Disneyland was in April 2010. We spent most of the night combing over Rancho del Zócalo, taking it all in. It was a photographic treat to be sure but even without the camera, the restaurant has a truly romantic atmosphere. As rustic or simple as it might seem, every line, surface and curve leads you to discover something new in its complex choreography, making it a real treat to escape to.

We typically visit first thing in the morning or late in the evening. That’s when the light is at its softest and most intimate, which really draws out the details in a unique way. The evening I took this picture was one of the rather few weekday evenings I’ve been to Disneyland. The crowd was light, at least in Frontierland. There was no Fantasmic! showing and Big Thunder Mountain Railroad was still being refurbished. I had this corridor pretty much entirely to myself.

It’s such a good feeling to be able to take your time with a shot rather than having to spend time on it. The difference, of course, being the amount of pressure involved. When you get to take your time, you can sort of sit back and try different things because you know you’ll have another shot. That’s when the truly inspired ideas are able to reach your conciousness and you take pictures of things like doors simply because you find beauty there and you conjure up a story to tell. When you have to spend time on a shot, it means you’ve probably got one chance that you’re patiently waiting for. You’ve got to commit to one idea and you had better nail it when the opportunity presents itself. 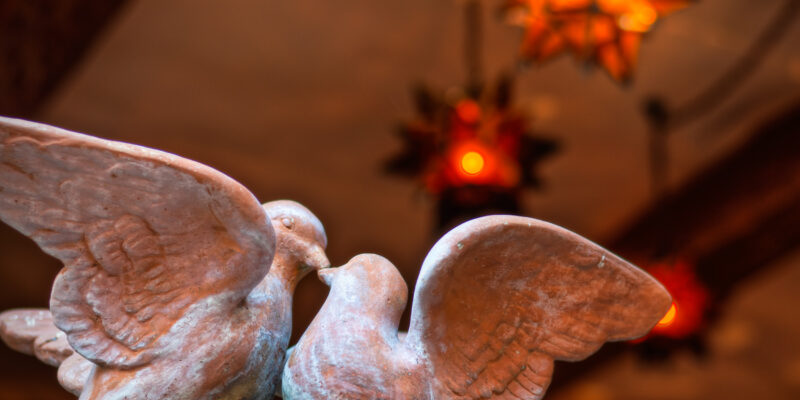 These love birds sit atop a fountain at the Rancho del Zocalo restaurant in Frontierland, beneath some of the most beautiful lights I’ve seen. I am amazed at how an artist can evoke the feelings of love through something like sculpted birds. It inspires me that the possibility exists for someone to grasp depths of feeling and translate it into a visual language, universally understood. It’s a lofty form of communication that causes one to stop and think and hopefully to appreciate life a little more than prior to that moment. Disneyland is not a museum but its treasures could easily fill one… or a dozen. It will never be finished as long as there is imagination left in the world. Imagination that artists use to create and evoke. Imagination that lovers use to see the world through rose colored lenses. Imagination that suggests we wish upon a star. 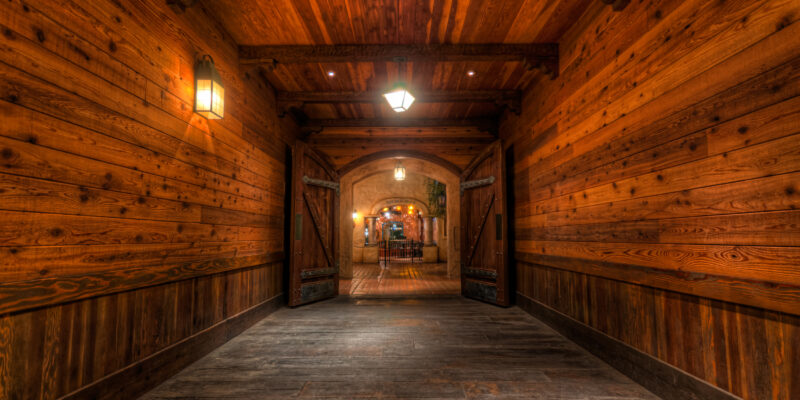 There’s nothing quite like surrounding yourself with wood. Sometimes that’s exactly what a man needs. This passage between the Plaza Gardens and Rancho del Zocalo is a quiet transition into Frontierland. At night, with the beautiful lights of the restaurante glowing at the end, it’s pure magic. 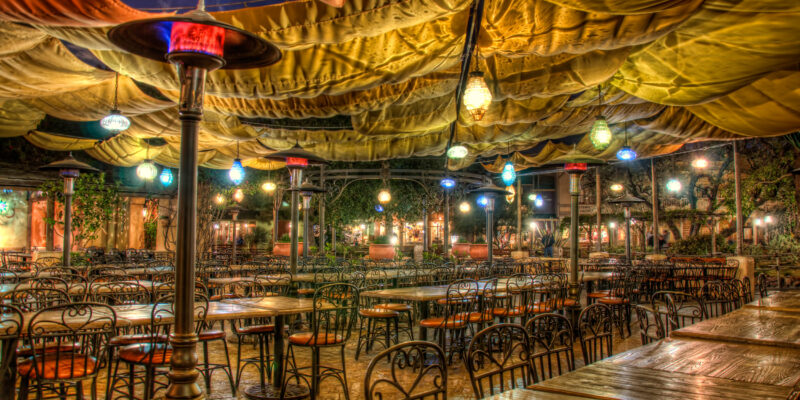 Sometimes we have to wait patiently for an area to clear to get a shot.  After eating at Rancho del Zocalo one evening, I noticed that the outside dining area was practically empty.  There was no waiting to be done and I took the shot without interruption.  It really set the pace for a fun, relaxed night of photography.  Now I just have to get the restaurant to go for my idea of character dining with Zorro.