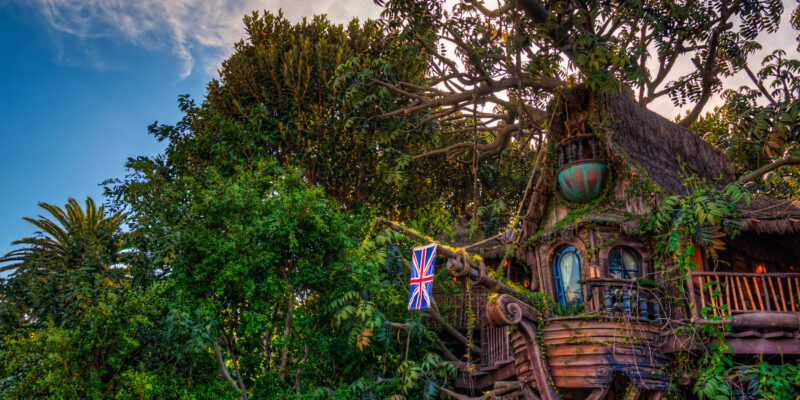 The Union Jack hangs high in the Everblooming Disney Tree (bet you didn’t know it had a name, did you?) from what would appear to be bits of refuse, mysteriously suspended. It is, in fact, not a heap of refuse but rather a refuge. The story of Tarzan is not one I’ve been all that familiar with until recently. Sure I have seen the Disney film, a few cartoons, a comic or two all loosely based on the creation of Edgar Rice Burroughs. My dad happens to love ERB and recently, thanks to my handy dandy books app, I’ve dug into Tarzan of the Apes. Admittedly, I don’t read anywhere near as often as I’d like or should. After experiencing other’s takes on the story, it’s nice to get lost in my own imagination for a change. 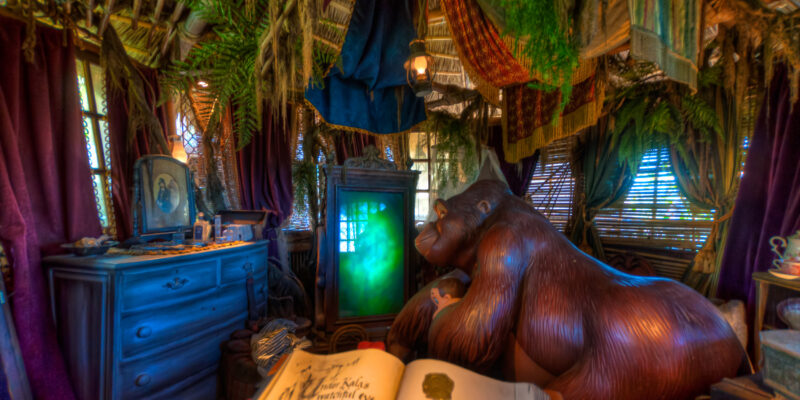 Wandering through Tarzan’s Treehouse is always a fun adventure. It doesn’t matter how old you are, you still get to be a kid climbing a tree. Realizations like that somehow always bring me back to family. When I think about being a kid, I think about the fun I had, the bumps, bruises and scars I earned. More than that, I think about the shelter I was given by my family, their love and the memories that came from special moments reinforcing I truly mattered in this world. Somehow, this particular scene in the treehouse captures that notion of family for me.