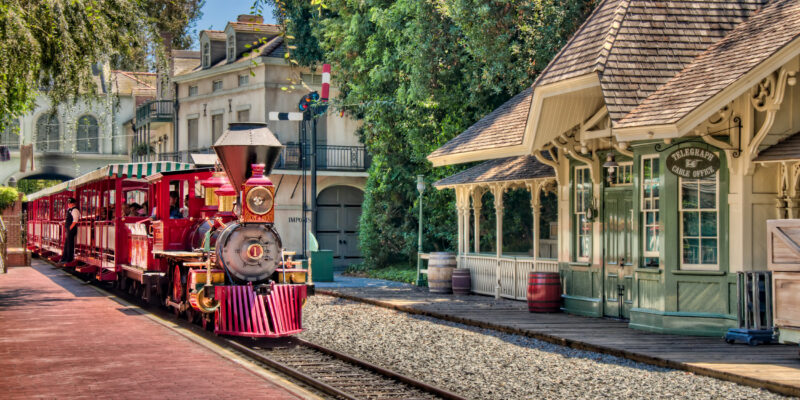 Trains are amazing.  Trains in New Orleans Square are even better.  As a kid, my favorite part of climbing aboard the Disneyland Railroad was getting to see the Grand Canyon and Primeval World.  As an adult, I continually find myself skipping the grand circle tour of the Magic Kingdom and just hitching a ride to New Orleans Square.  I still love the full tour and occasionally I make it all the way, but hanging around the New Orleans station is the bees knees.  Outside all the charm of the French Quarter and the allure of Pirates and Grim Grinning Ghosts, I believe this train station to be responsible for much of the magic and attraction to this land.  From the telegraph office, Walt’s opening day speech tirelessly taps out through the air in Morse code, and it sets the tone.

This picture was a little tricky to get.  Trains have a tendency to move, which of course was what I wanted, but it demands a commitment to post-processing.  The only place to get this angle that I’m aware of is from the exit only area, which can be risky.  I had been wanting to get this shot for a while, but a request for it sealed the deal.  Elvis, this one’s for you. 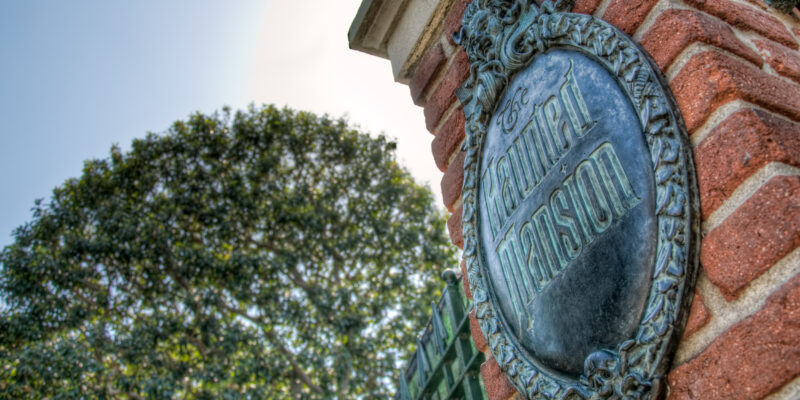 It’s almost that time of year again when the crypt doors creek and the tombstones quake.  The Disneyland Resort will begin it’s Halloween season festivities officially this Friday.  Of course, the Haunted Mansion will be overrun by Jack Skellington and his friends, but there’s nothing quite like the Haunted Mansion to help set the mood for spooks to come out for a swinging wake! 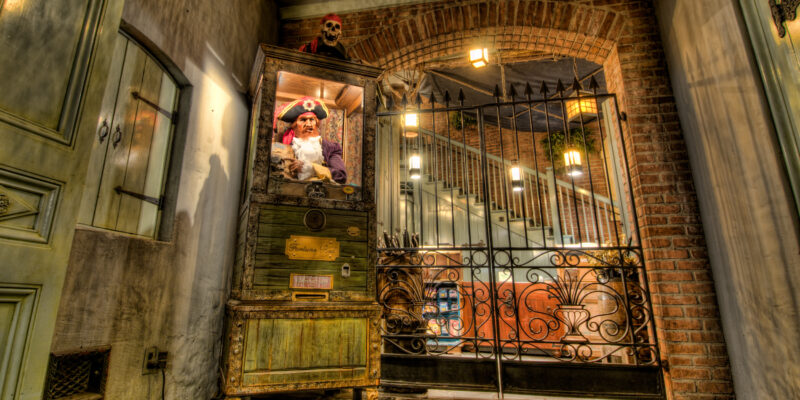 Step right up to have your fortune read by Fortune Red!  I did, and he told me that people want some pirate pictures.  So I asked him to smile for me, and this is what I got.  If you get the feeling that you’re about to be made into an adult who has a sweet job testing toys, you’re not alone.  Fortune Red and his Main Street counterpart, Esmeralda, both emanate a slightly Zoltar feeling.  If you don’t follow, I’m referencing the Tom Hanks move “Big”.  I think these Disneyland fortune tellers are amazing, funny, and a lot less creepy than Zoltar.  If you’re not sure where to find Fortune Red, you’re not alone again.  While I was taking this picture, a woman thought I was trying to take a picture of a bathroom!  People can be so weird, right?  Fortune Red is tucked away across from Cafe Orleans in New Orleans Square.  Pay him a visit next time you’re headed that way.  He’ll help you unlock the buried treasure of your future. 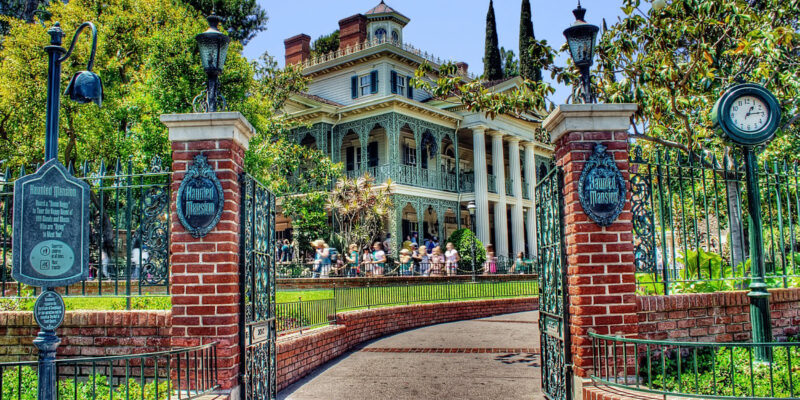 One of the things that has always stood out in my mind about the Haunted Mansion is that Walt wanted the outside to look well kept.  I believe his main concern was the overall appearance of Disneyland yet the almost charming exterior of the Mansion also serves another purpose, intensifying the experience inside.  Potential riders are less likely to question entering a house that hasn’t fallen into disrepair.    Once the elevator doors open, however, followed shortly by the monotone behest to drag your body to the dead center of the room, it’s a whole different ball game.  I have to admit, I am one of those people that recites the monologue in the elevator along with the “ghost host.”